At Staris Veterinary Clinic we offer

We have created a modern and fully equipped Veterinary Clinic for the management of all your pet health problems, by our experienced and caring team.

You can find all services needed for the proper treatment of your dog or cat, prevention of unwanting conditions as well as nutrition services.

Because we care about our patients, we provide our own after hours service for emergencies.

We love you!! And we will never forget everything you did for us…

WHAT THEY SAY ABOUT US 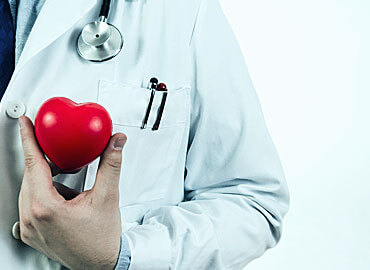 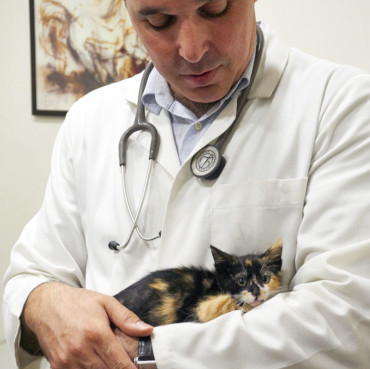 He followed his dreams by entering the Veterinary School of the Aristotle University in Thessaloniki. After his basic studies, he continued in Thessaloniki his post-graduate veterinary studies on surgery, anesthesiology, and obstetrics of companion animals. Subsequently, he continued his postgraduate studies at the University of Utrecht in the Netherlands, and the Veterinary School of Edinburgh in the UK, on the fields of dog and cat surgery and pet internal medicine.

After completing his post-graduate studies he returned to Cyprus and became a partner at a veterinary clinic in Ayios Dometios, Nicosia. Twelve years later, in 2013, he established his own clinic, Staris Veterinary Clinic.

Throughout his entire career, Dr. Staris has followed an array of specialized seminars, mainly abroad, but also in Cyprus. The seminars were on tissue surgery and orthopedics, dermatology, dentistry, anesthesiology, etc.

The need for constant education led him to participate in a three years post-graduate training course on small animal surgery. The training course is practical and highly specialized, organized in the UK by the British Small Animal Veterinary Association (BSAVA).

Dr. Staris and his wife, Yiola, live in Nicosia in a full house with their two children, and their four rescued pets, Orestis, their dog and Niaou, Mikroulis and Felix, their cats. 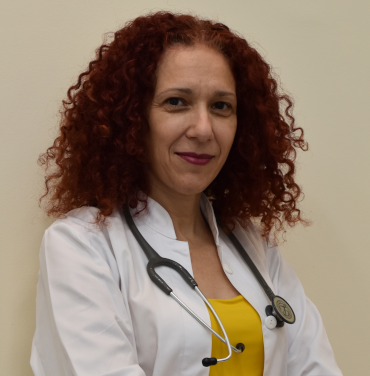 Yiola is Staris Veterinary Clinic Practice Manager. She is a veterinarian, a graduate of the Veterinary School of Aristotle University of Thessaloniki. In addition to the basic studies, she has completed many postgraduate studies (PhD, MBA). Yiola initially began an academic and research career, teaching students Animal Diseases courses at University. Then she continued her career organizing and performing an embryo collection project and organizing and coordinating animal disease programs. Most recently she has started with Constantinos a pet parent educative blog, "The Vet Couple Blog", as well as a YouTube Channel, publishing weekly videos concerning dog & cat health, nutrition, behavior, and care. 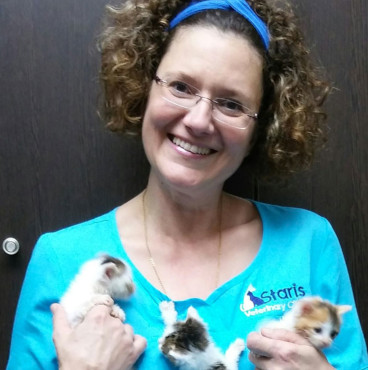 Maria, from her early life, associated pets, mainly cats and dogs, but also with parrots, canaries, turtles, and fish.

Her passion for animals and her practical experience of taking care of her pets, with which she has grown up, has pushed her after almost 20 years in the field of health market research, to transfer with great enthusiasm in the field of pet care.

Nikos Kazantzakis’s phrase, “What has never happened is what we did not desire enough” was catalytic for her professional turn and her enthusiastic integration in the team of Staris Veterinary Clinic as a veterinary assistant.

Maria speaks 4 languages. So, if your little friends are accustomed to listening to Greek, English, French or Italian, they will get along perfectly with her! 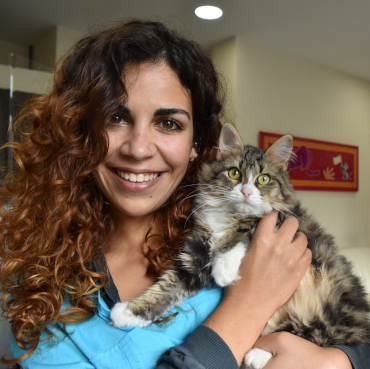 Chloe from her childhood showed her sensitivity and artistic creativity. She has been into dog & cat love ever since the beginning of her life. She started her adult life trying to explore the creative part of her personality. She started her acting studies in the UK and graduated as an actor. However, her adoration for all living creatures made her join Staris Veterinary Clinic team as the smiling representative of our Clinic, willing to serve our patients’ and their pet parents' needs.
She is compassionate, caring, and professional, with a high level of organisation skills and attention to detail, as she is dealing with the medical information of your pets on a daily basis. She is an innovative thinker with strong conceptual and problem-solving skills. She handles patient emergencies, schedules appointments, answers pet parents inquiries and ensures adequate stock levels at the clinic.
After hours, Chloe is passionate about yoga and takes much interest in creating handmade greeting cards. However, her true love is her dog, Roxie. She believes that pets and people were made to be everlasting buddies!

At Staris Veterinary Clinic we love educating pet parents. For this reason, we have created a Youtube Channel where we post a new video every week.

Watch our videos (in Greek but with English subtitles) and learn more about dog & cat health, care, nutrition, behaviour, etc!

We love educating pet parents. Become now a subscriber of Staris Vet Clinic and learn useful things about your pet’s health and wellness.